Pride and Other Risks of Expression 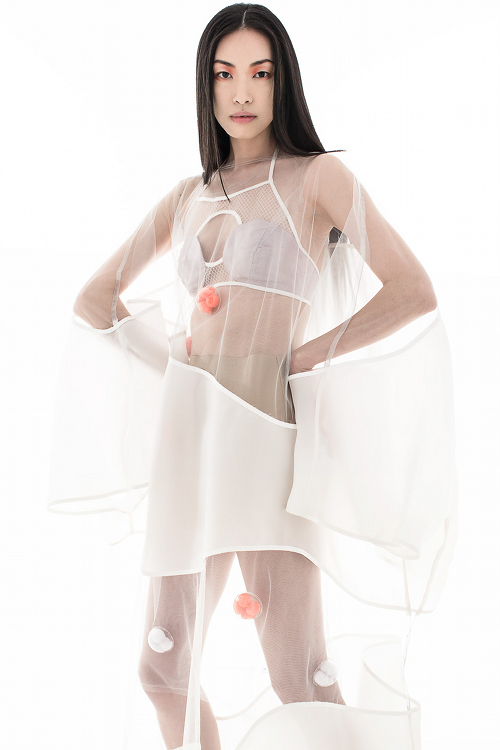 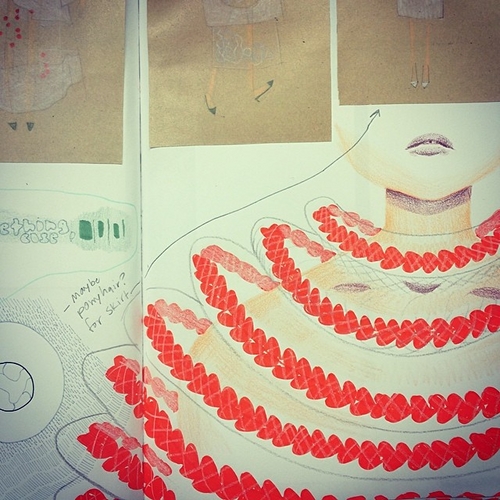 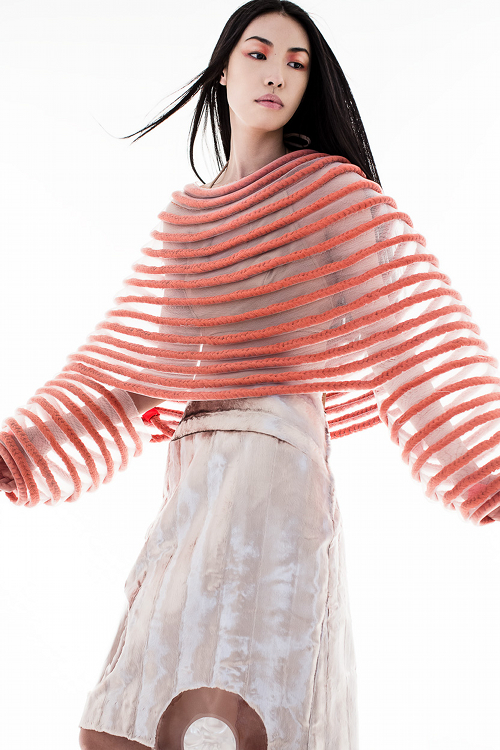 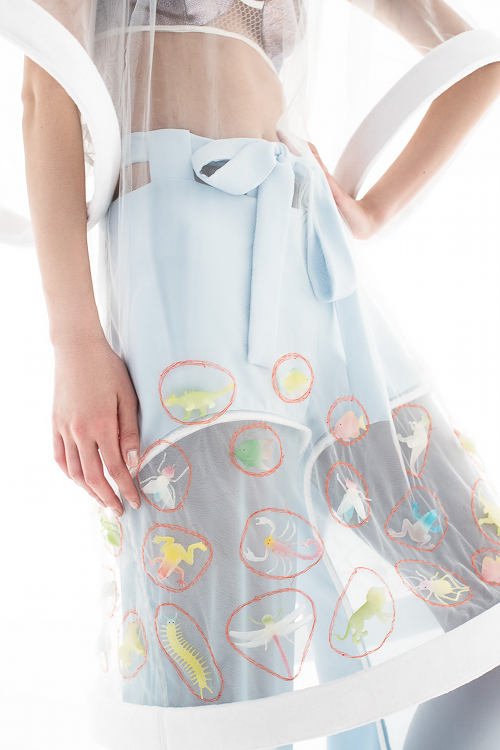 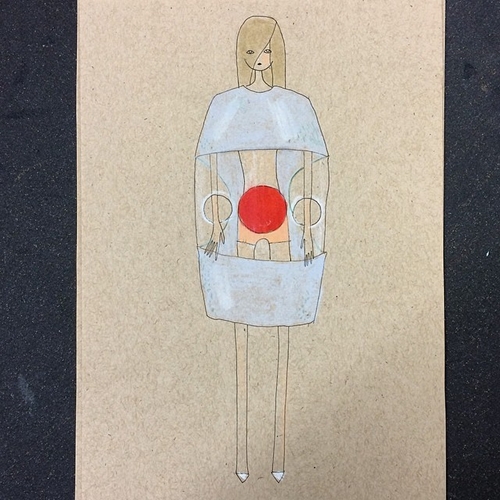 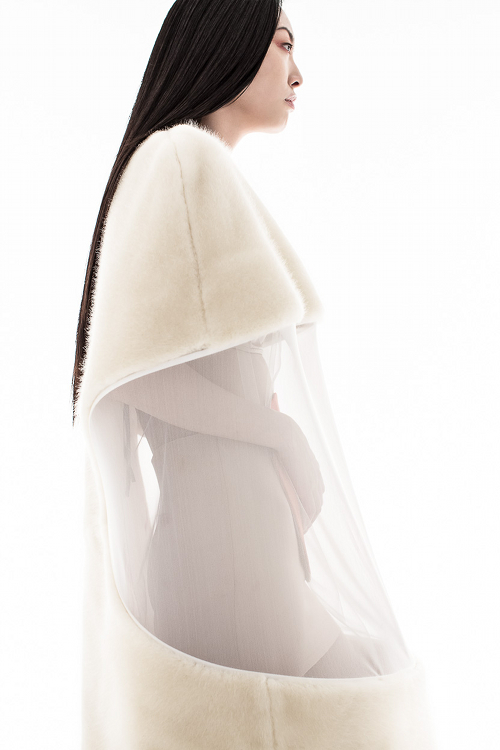 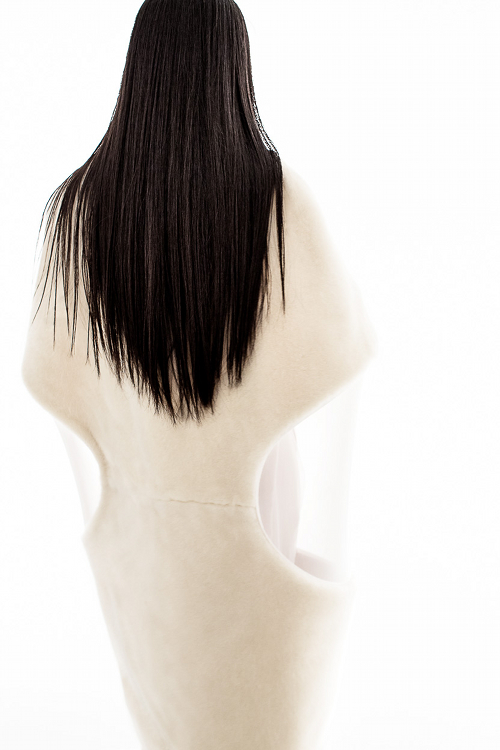 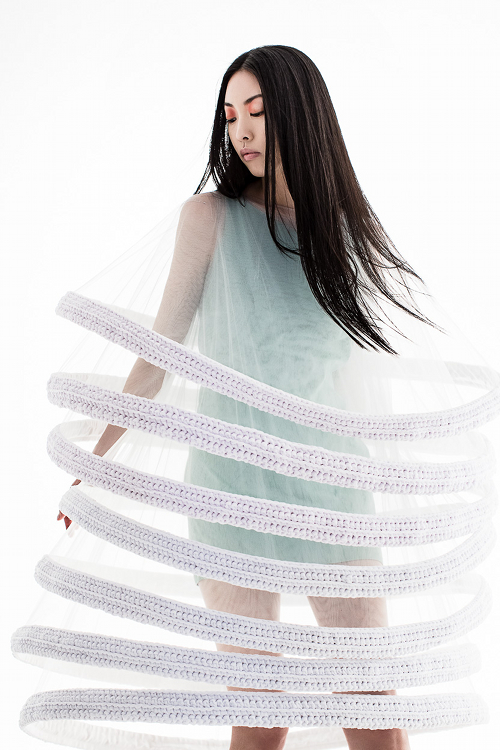 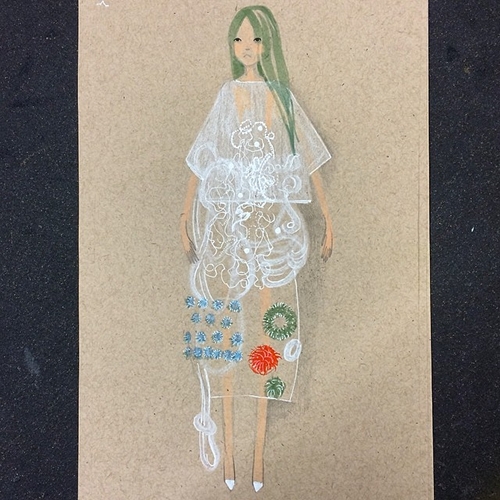 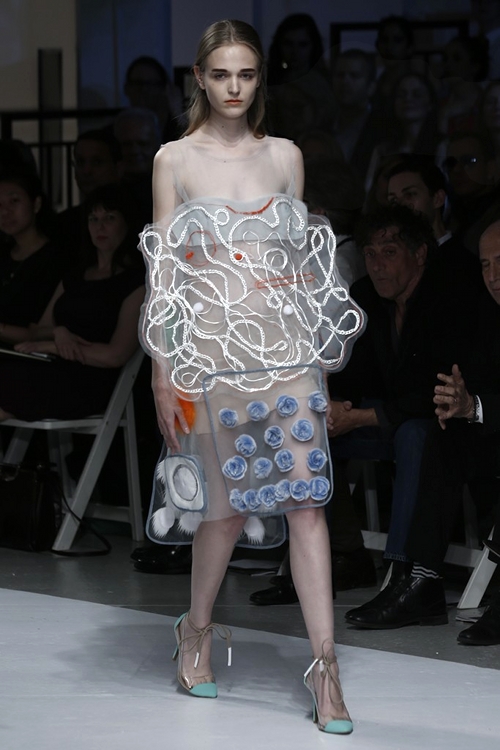 photo by Thomas Iannaccone for WWD 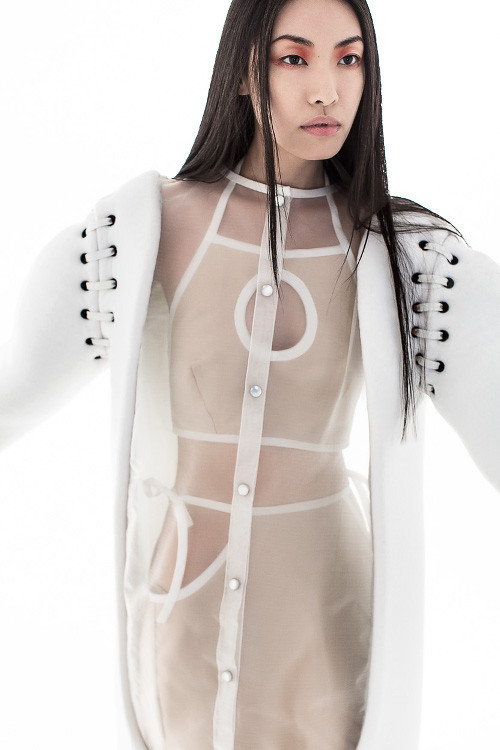 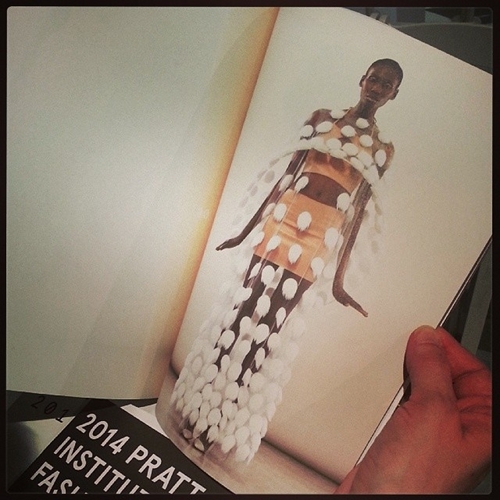 photo by me of Juliana's piece in Pratt Look Book

You might remember something about me leaving my daughter in New York roughly four years ago.  Watching her, from a long distance vantage point, grow into an independent and immensely original artist has been something that I think I may utterly fail at describing. It is complex and beautiful and rewarding and humbling.  Attending the graduating fashion show last week held all of the excitement that we anticipated.  The phone calls, texts, emails, visits that we have had with her in recent months graced us with news of success and recognition by her peers and the faculty at Pratt.  Being asked to be in the show alone is an honor that not every graduating senior gets.  Which on the one hand feels unfair.  On the other hand feels just like the fashion world.  Might as well know that as soon as possible, I suppose.  But imagine our huge pride at watching her collection close the show.  The finale.  The last looks on everyone's mind.  Looks that have landed at WWD and  Style.com among others (in fact I just noticed the looks of Jeff's and my face are right over the models left shoulders in the WWD slideshow, snort).  If you want to see the entire show, it's right over here (her stuff begins around 57:30).
With the imagery of her collection still fresh in my mind, the single greatest joy for me is to have seen her and her work in the context of her peers and find it to be so completely unaffected by her environment or the work of others.  Watching the models float across the runway in her inventive, watercolor-y yet intensely engineered pieces still has me feeling as though I am swimming through her sketchbook.  The seemingly effortless translation of concept to final piece was fluid and graceful and utterly deceptive in hiding the hours and hours (and hours) each of the pieces took.  She sent her hands and heart down the walk.  It was a risk.  A huge risk to insist on your work being entirely from within and nothing else.
Her collection is titled Containment and here are a few of her own words:
"As humans we have a natural tendency to contain things.  It gives us a sense of control, whether that control is real or not.  I wanted to play with this idea in the garments, both containing the body and elements within the fabrications themselves."
My only regret from the event is that she was backstage during her parade of work and could not see or feel how the energy in the room changed entirely as her pieces poured into the crowd of onlookers.  I have of course relentlessly described this to her ever since.
Congratulations to my beautiful, amazing girl.  My own greatest risk.
This is just the beginning.
xoxo

New comments are not allowed.