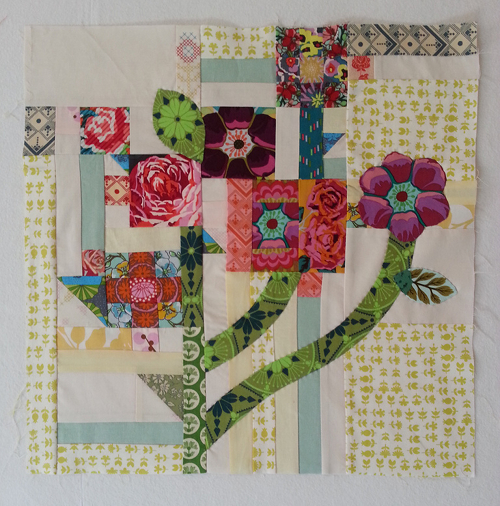 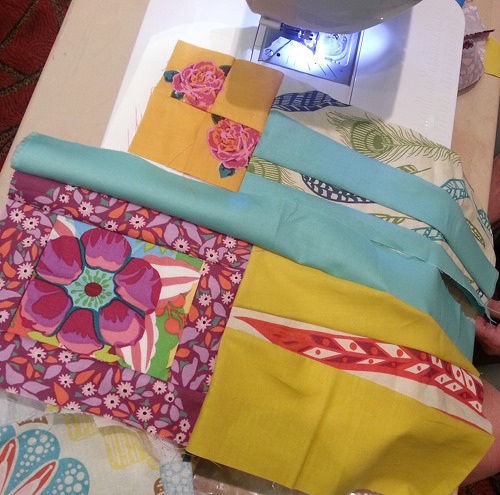 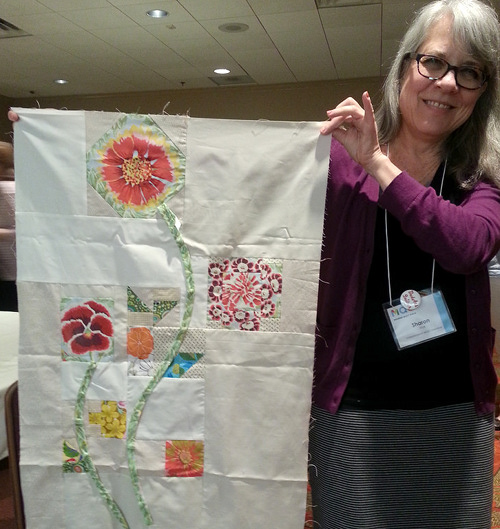 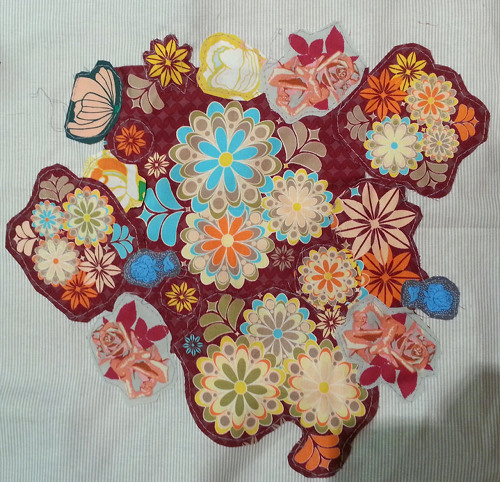 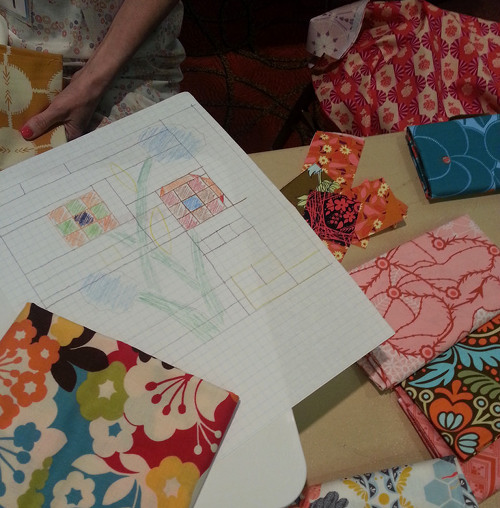 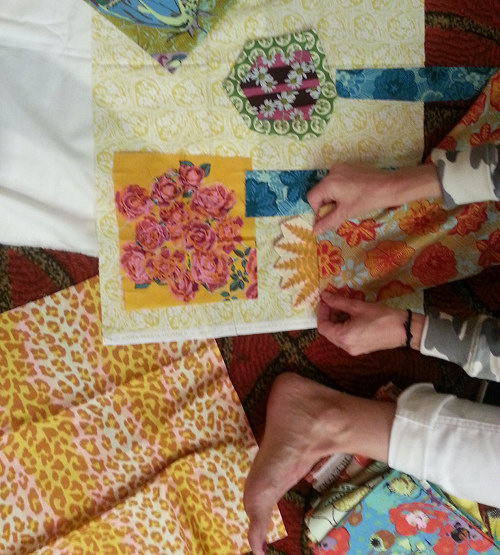 Too many pretty things happened during my teaching days at Sew Down Nashville to let them just sit on my camera phone. I had the lovely opportunity to spend time with a very enthusiastic group of 80 or so patchworkers (20 at a time) two weekends ago. The Modern Quilt Guild does such a great job at putting together these events, so much so, that they make it seem easy, which I know it is not. Kicking off the weekend here in Nashville by welcoming everyone to the house and studio was a teensy overwhelming, but so worth our efforts. We kinda fell off the planet in the week or two leading up to the event as evidenced by the (in)frequency of my posts here, but the preparations were smooth and exciting.  Thank you so much to all of you who came, and also for patronizing our at-home pop-up shop!  Or petting my dogs, or holding my baby, or listening to my father-in-law play bluegrass, or eating crab cakes, or ignoring dusty light fixtures, or any other thing you might have done while here.  Thank you.  We loved it.
As for class.  I taught a class based on a block that I named Mod Corsage.  I was first inspired to create this make-it-up-as-you-go block while researching the history of broderie perse quilting.  (Here is what google images spits at you if you ask.)  I love needle-turn applique.  Not everyone does.  And like most things that we enjoy that are time consuming, there isn't always the chance to have much time to give to it.  So Mod Corsage was built out of my desire to create a pictorial block (or quilt) of a bouquet of sorts, but to take what might seem like short cuts to getting an image happening.  What I really enjoyed was that the practicalities of the patchwork process is what in the end offered just as much interest to the piece.  In other words, it is not just about fabric choice, but also about how many seams were taken to build the bouquet, and where you chose to change out the background fabrics a bit.  Staring with a simple structure that can continue to be reacted to and embellished with further applique was also very enjoyable for me.
Like most classes that I teach, even I don't quite grasp everything that is going to be taught until I open my mouth and begin sharing my path to creating the inspiration piece.  What I learned in teaching this class was that what we were really doing was defining the flower.  In other words, how many ways could we build, applique, patch or seam a flower.  The answer is every way.  There are no limits. My favorite.
I presented two basic ways of paying homage to the broderie perse tradition.  One was almost entirely about appliqueing bits of various florals together.  And despite a few specific tricks that can make this appear more time intensive than it is, a considerable amount of time on these blocks happens after the composition comes together (in other words hand sewing all those dang flowers in place).  The second method was more like my example up there (first photo) which was more structured and straight edge, and well yes, "modern", I suppose.  And for the most part, this approach has you spending a  bit more time on the front end, trying to allow for some spontaneity, but also a sequence of assembly.  Either of these two styles can be daunting at first.  But I can honestly say that everyone did something beautiful in class.  And it seemed most did something that they were not necessarily anticipating, which as their teaching is thrilling.
I have more pretty student work photos over here on FB.  I am so happy to say also, that the class was such a success, that I will be teaching Mod Corsage again at Quilt Con next year.  Yay.  I should mention too, that at Sew Down we only had 3 hours for class, and at Quilt Con we will have 6 hours.  I think that everyone that joined me for this would agree that 6 hours will be very helpful to getting a little further along in the process.
Okay.  Hope you're inspired!  xoxo, Anna
Posted by Unknown at 12:36 PM