Keeping me up at night 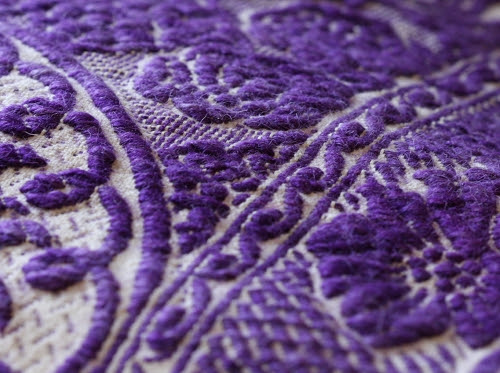 Above is a detail (really small in comparison to the whole thing) of one of the wool tapestry blankets that was made by my Yiayia (my Greek grandma). I haven't had enough muscle around here yet to get it up for a full shot, it is incredibly heavy (and of course extremely warm). At the same time mom told me more about Great Grandma's quilt blocks, I asked if dad could tell me what he remembers about his mother working on these blankets. Of course typing that himself would have thrown off his entire equilibrium so my mom typed it for him. In fact if I got an email from my dad which was also typed by my dad it would throw off my whole equilibrium. I would never have an equilibrium again. If I ever even started with an equilibrium. Ahem. Here's what she errh he errrh she says: 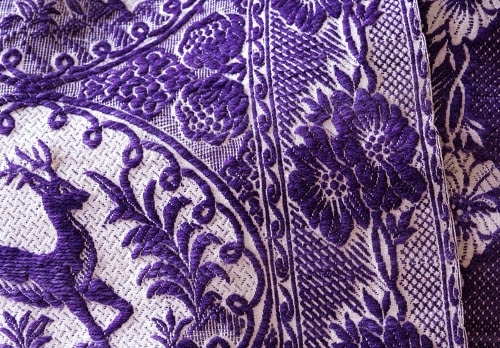 "As for Yiayia's loomed blankets: You may remember seeing the loom in that back storage building behind the original house. Dad says that in the years she was using it that it pretty much stayed in the lower level of the house where she worked on them. He remembers her doing it for a few years. The blankets were made primarily for dowries for the daughters, but there was a stack of blankets in a bedroom in the "new house" that was as high as the "doulapi" (I think this means cupboard maybe- dad? I dare you to type a comment yourself and answer that question for us), so she also made them for the granddaughters. Artisans came around to the villages and "set" the looms for the design. The wool is primarily from their sheep, but Dad says she may have also needed to purchase some wool. She did spin the wool after cleaning it. Dad thinks that she also did the dyeing and assumes that she purchased dyes." 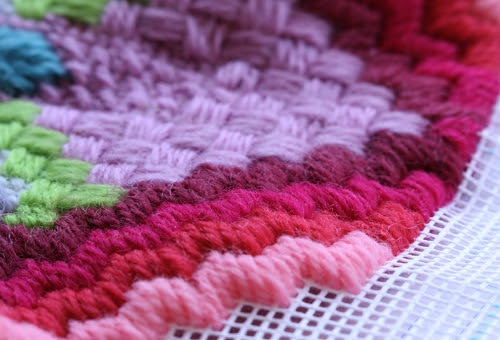 She purchased the dyes? What a slacker! Kidding, of course. Seriously let's all take a moment to process that process......

There. Gracious. She had 6 children running around her home (hmmm sounds familiar), but what she managed was quite remarkable. I am going to be including some images of her work in my upcoming book, and will share more here eventually too. The above detail is a snippet of one of the needlepoint projects from the book. My feeble attempts with beautiful wool- wool that is not raised nor fed nor herded nor sheared nor spun nor dyed by me.

I do however feel Yiayia's presence in the blur of my hand working the surface, late almost every night. xoxoAM

ps. does that young buck look familiar?
Posted by Unknown at 12:07 PM