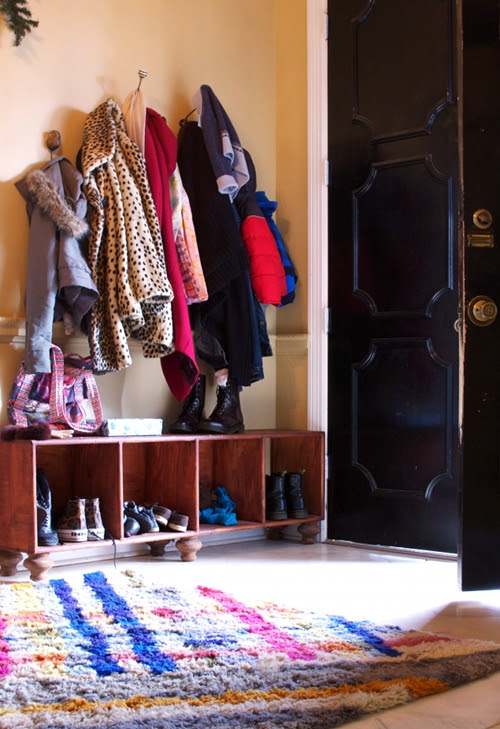 I guess this is becoming an unofficial ritual with myself as I reflect on the year, no order of importance, some restating, some revelations, but each entry a recollection of what it was to live and breath through another year as me.
In 2011...
:: I became particularly practiced at goodbyes to my oldest without tears
:: I realized that the reason we had to say goodbye so often was because we said several hellos, through many -sometimes quick but always welcome- trips, and that is good.
:: Through trips, calls, texts, emails, skypes, phone photos, I discovered that I am as needed (maybe more) as always.
:: I traveled to the other side of the country alone for the first time ever for 3 days (within 15 minutes of arriving my sweet husband called from the emergency room to ask me Roman's birthdate - Roman had fallen off of Isabela's shoulders and hit his head on the concrete- I think my reply to Jeff's question was something like"what's his birthdate? which one of you hit your head?")
:: I never questioned whether my husband needs me.
:: I tore through walls, erased hundreds of pencil lines on graph paper, crossed fingers and built the home studio I've dreamed of since I was a young girl.
:: I felt guilty for having the above pleasure.
:: I felt ridiculous for feeling guilty and felt I had earned it.
:: (Repeat the above two entries numerous times.)
:: In the midst of a very busy home life, bustling work, building the studio, anticipating much upcoming travel, a quiet and very small secret revealed itself in the form of expecting a new life.... our 7th.....
:: We were overwhelmed.
:: We were bewildered.
:: I walked into the lobby of my doctor's office and saw an old man pruning dead foliage from the plants. My optimistic heart sank and I couldn't get the image out of my head.
:: We were humbled. It was first day of Lent- a day we call Clean Monday- I learned that was the state of my womb- clean. Just like that. Gone.
:: I stood sobbing in the empty, cavernous, gutted, cold, raw wood structure that was to become my dream studio. I wanted to give it all away.
:: I felt, as blessed as I have been, that I would never be quite as happy as I once was. And for weeks and weeks (months) it was so.
:: Somewhere, I healed. I don't know how or when. Somewhere, deep in prayer, it is not a loss, but an enrichment of sorts, a connection and a faith in someone I cannot see, but know is there. Always.
:: I felt peace.
:: I loved my children more than ever.
:: I was cared for.
:: I was loved.
:: I was inspired.
:: I made so many little hand stitches in every sort of fancy direction, and for the first time I created products to help others do the same. This brought me such an immense joy and fulfillment in my work. Another dream come true.
:: I realized how happy I am to not be in college.
:: Having interns taught me that, as well as how much I've learned since being out of college.
:: I hope I became a better boss.
:: My husband left me in awe of his determination, and relentless dedication to outdo his own physical efforts.
:: I was encouraged to do barely scratch that surface but build my own endurance and health through running. What a difference it makes.
:: I toiled in my garden more than ever, but so far have only grown good soil, which has me so looking forward to spring.
:: My parents made the first step towards moving to Nashville to be near us, and I am simply giddy every time I think that they could be just a few minutes away.
:: I saw changes in each of my children that are hard to quantify.... hard to name or to attribute, but overall just a growth that makes each so much more of who they are, in a fuller, more rendered and beautiful realization.
:: I learned what a privilege it is to witness it.
:: I sit here tonight, just a few minutes shy of midnight, all alone on New Year's Eve- I guess for the first time in my life. Jeff took all the kids, save Roman, for a night of roller skating. I kept Roman up well passed his bedtime to soak up as much cuddling, and kissing, and loving as he could take. As it turns out, he can take quite a lot, and that works out just perfectly since I have more than necessary to offer. I think this year has been nothing if not a steady stream of arrivals and departures. I imagine that is just the very engine that is our lives together and independently. Today Jeff worked on the final caulking for the structural columns of our home. It was so sunny and unusually warm. He carefully sealed up every last little seam and nail hole, wiped them clean, ensuring they would weather well. So I guess our roof should stand for at least another year, God willing.
I have never felt less alone on a New Year's Eve. I am blessed. I have joy.
I wish you all the same in 2012,
lots of love, Anna Maria xoxoxox
Posted by Unknown at 10:31 PM