Crochet Chronicles (2): The Ruffle Neck (or- Where I Continue To Digitally Dote) 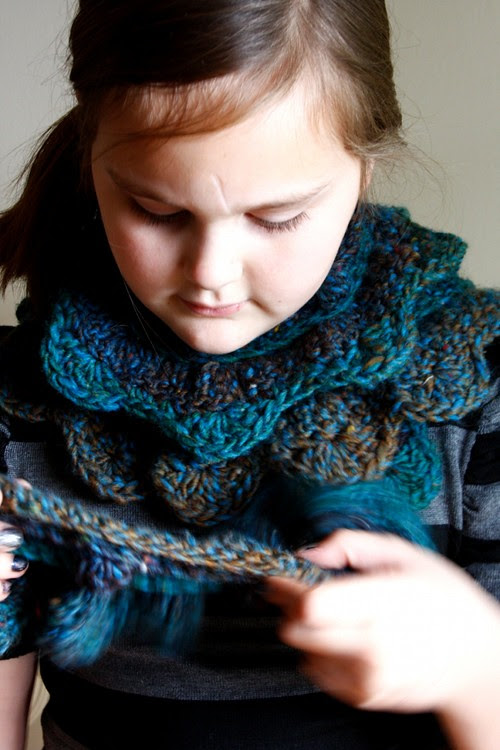 We were somewhere. Textile, I think. And Isabela saw a scarf that was ruffled around all edges. I remember it to be a knitted scarf, but I felt confident that we could crochet it. She picked out a wooly yarn with teal, navy, black and with some accents of rust spun along. 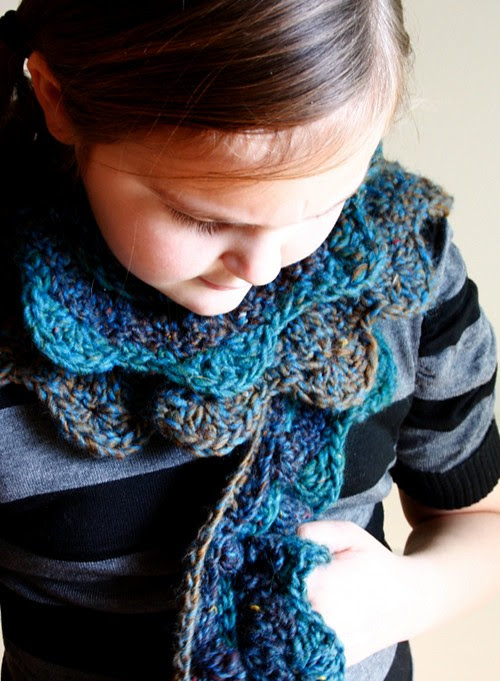 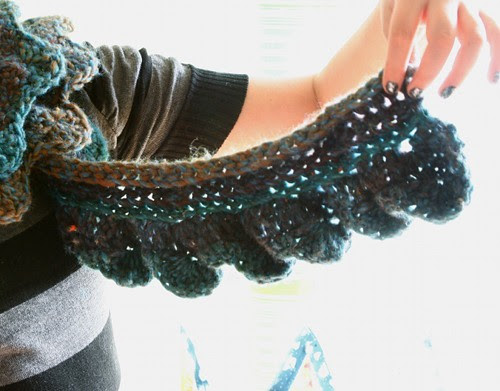 So after about 5 rows of sc, I began to double crochet. Every few stitches I included 3 or 4 dc's into a single stitch to begin creating the ruffle. Then it seems it was the very next row that I began to scallop by hooking about 7 treble crochets into one stitch, then skipping 2 or 3 stitches, slip stitching through the next, skipping a few again then trebling several into one again. And so on. Got it? 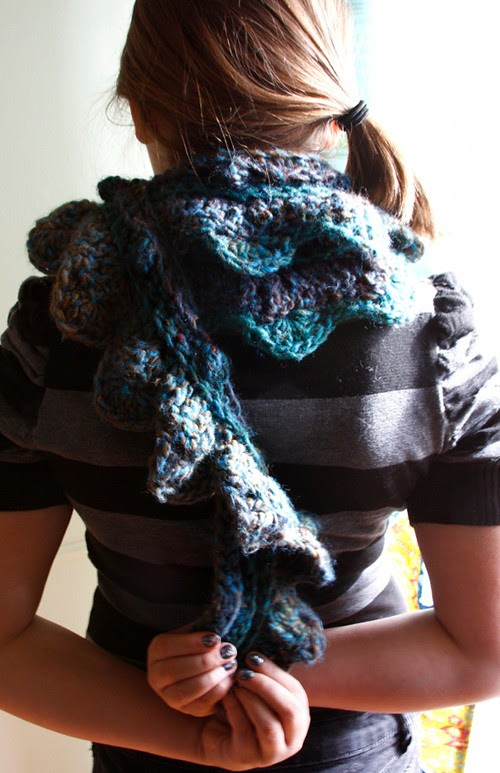 I just thought I would tell ya in case you wanted to wing one. The above pose was her idea. My little stylist. 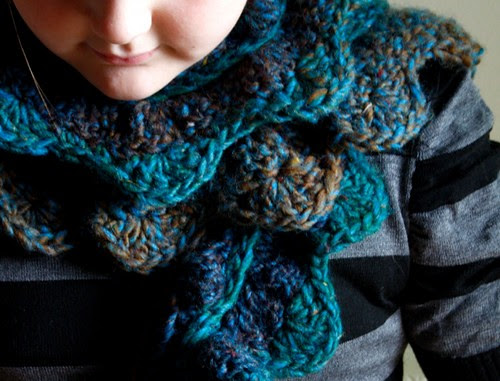 We decided after a scalloped ruffle was along one side of the scarf that we didn't want the other side to have a ruffle. It had nothing to do with her anxiousness to put it on. Or my aching fingers after speed crocheting it in one evening. 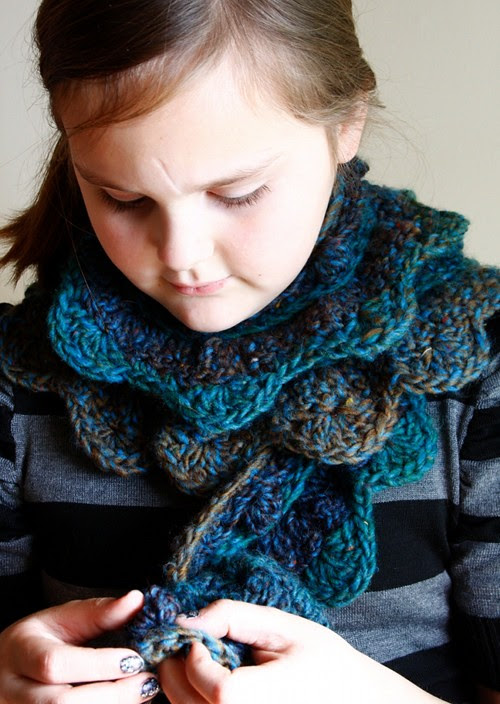 Or that she wanted to poke her fingers into the baubles. 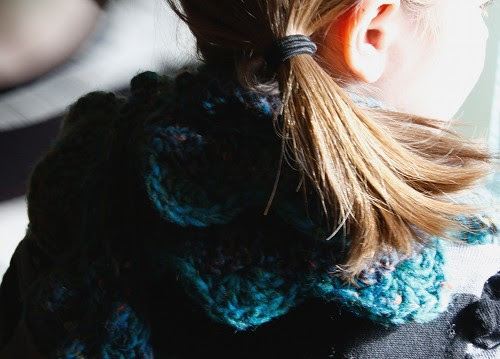 And to commence being an utterly adorable 9 year old in the wintertime with golden hair and a ruffley, warm neck.

modestly, mom
Posted by Unknown at 9:05 AM

Email ThisBlogThis!Share to TwitterShare to FacebookShare to Pinterest
Labels: crochet