Where the baby wears about as much as the dog 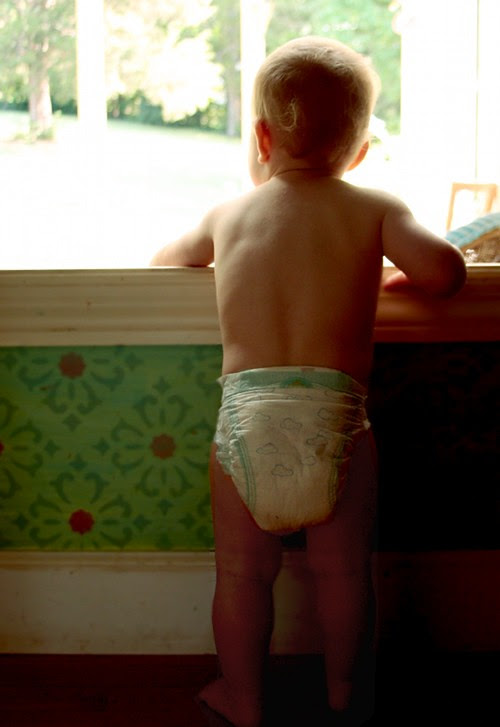 I'll admit its been awhile since we did laundry. But when I changed Roman out of pj's this morning there wasn't really anything to put on him. He has grown out of so much, leaving only winter clothes, a bathing suit, and a handful of Onesies that still fit. And with his adventures in feeding himself, we go through the summer outfits quite quickly. The laundry just doesn't happen quite as fast as Roman happens. I think its time for more Quick Change Trousers, as he's grown out of all his pairs. I am thinking however that I'll make some of the shorts variety. Jeff refers to all the pants I make Roman as fancy pants. And he gets a teasing look on his face and a teasing sound in his voice when he says fancy pants. And I don't care. 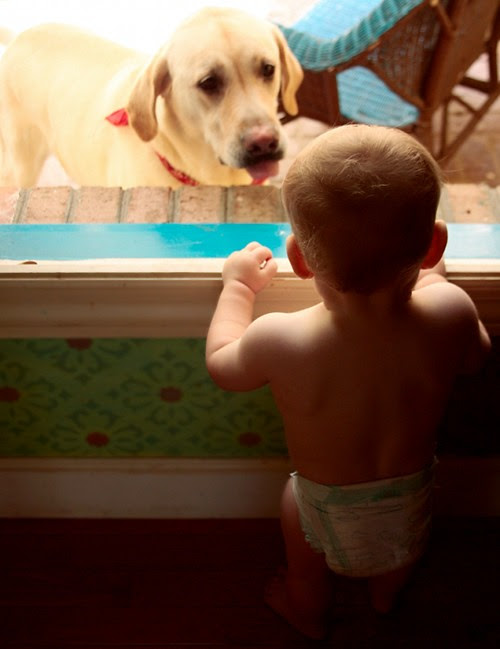 And I will dress my baby in fancy pants. 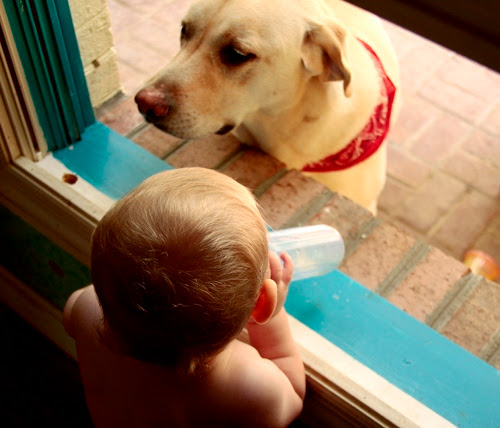 And I will dress my doggie in a fancy collar. 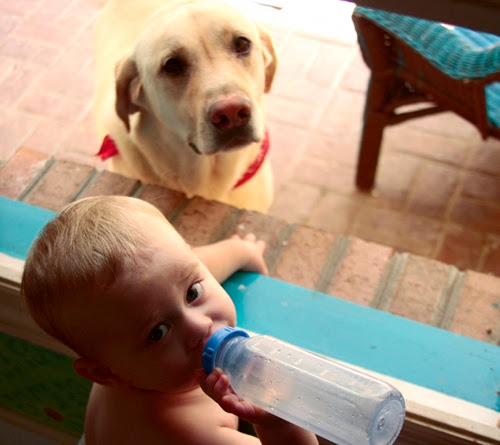 And they will both be fine with it because I also give them treats.