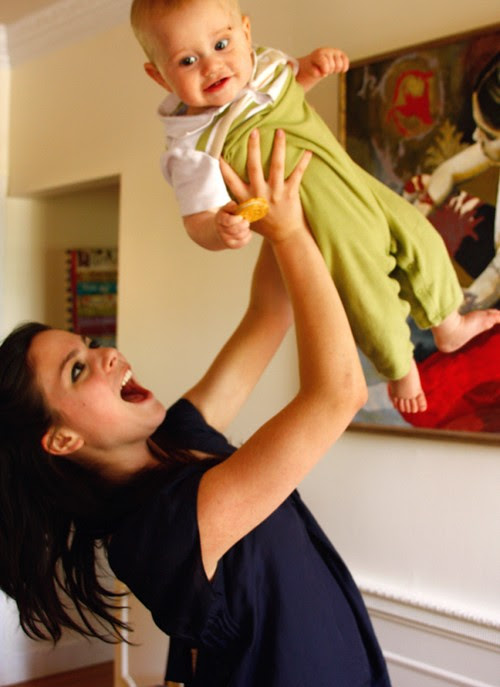 With Roman turning one the very day that he flew to Minneapolis with Jeff and I, you might imagine there was not too much fanfare. The night before we left, we went out for a family dinner and gave him all the bites of cheesecake that he wanted, which weren't too many. We gave him books, which he liked immensely. And on his actual birthday I took photos of him sitting in the plane looking out the window. While sweet, of course, the photos themselves felt insufficient somehow to capture his first birthday but more his first big adventure, I suppose. Right around the time that a baby turns one, the number itself seems to stand as a warning to you for the rest of the years that will come. Its the first time that you set this whole number to a child and not the fussy monthly marks. One. It is the first indication of the baby days dwindling. You can be certain now that they will not be babies forever, if you've disillusioned yourselves thus far. You can stop that now. 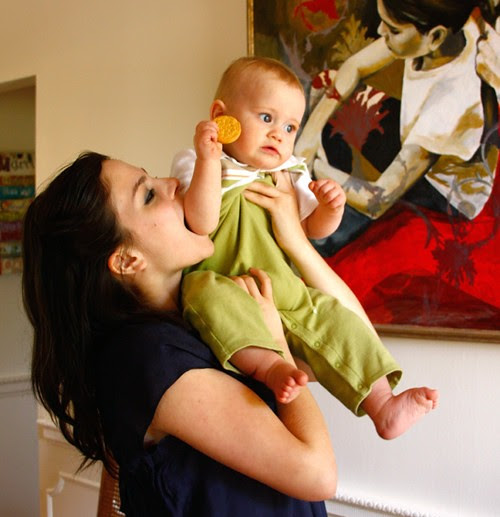 So clicking through many photos taken over the past few weeks, in search of a Roman-turns-one-photo I kept going back to these that I spontaneously took of Juliana and Roman on Mother's Day. It goes without say how much it reminds me of myself and a baby Juliana eighteen years ago exactly. But more, it marks in time the difference of their ages. Which is so often how your mind goes back in time to remember any of the children at a specific age, right? You think about the relative age of them to the rest too. And here they are together during a time while they are both settled in the family nest. One just getting to know the dwelling and the other getting her feathers all ruffled for a flight.

So this, with my oldest and my youngest, is the portrait of Roman being one. The year that his sister can just walk down the hallway from her room sweep him up for a giggley hug and kiss on her way to wherever she goes. And he can crawl after her, even attempt a few steps, once the door is closed behind her. She can teach him to say phrases like oh, wow. He is very good at knowing when to say oh, wow. And still being here, for a few more months, she can nibble his elbow whenever she wants. Because he is here too, and very edible at age One.

Email ThisBlogThis!Share to TwitterShare to FacebookShare to Pinterest
Labels: family