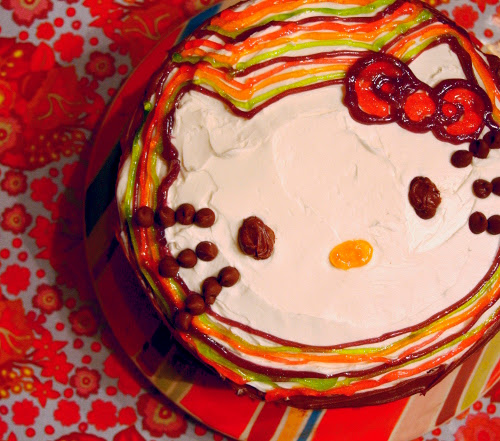 And I dare say it looked like Kitty. It didn't look like the Kitty that I originally had in mind, which was of a more sculptural nature, but it looked like a hand-drawn quickly between skating and Mexican food type Kitty, whilst eating the third layer of cake that didn't want to come out of the pan. Yellow cake with vanilla frosting on the top and in the middle, chocolate frosting on the outer walls and for eyes, chocolate chips for whiskers and glitter gel frosting stripes. Yum. 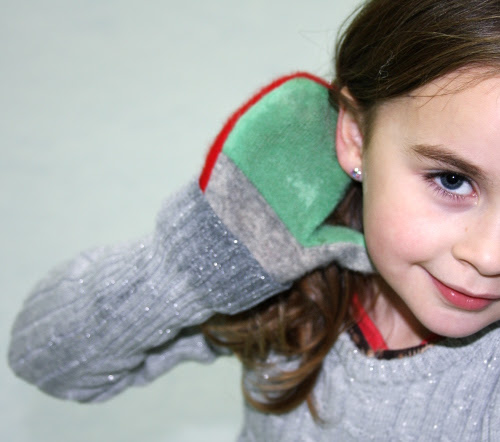 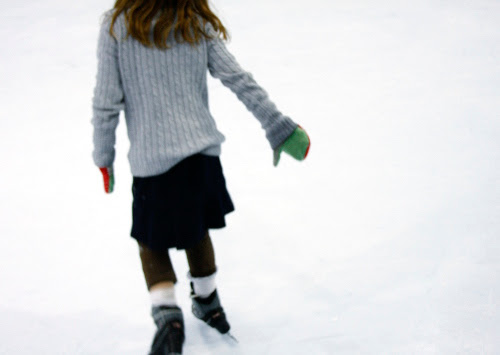 And six came and went. Wooosh.

I have received some seriously funny cake pictures from some of you, and I so appreciate you hanging in there with me waiting to see the results. As some of you might remember we have a plethora of January birthdays, Nicolas just turned 12 two days after Eleni's and Juliana shall enter official adulthood in just two more days (which she relentlessly points out ten times a day like she wants me to cry). So needless to say, we've been busy around here with no shortage of cake and presents.