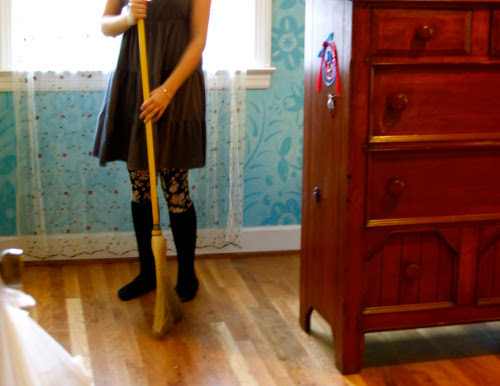 Eight people. Four bedrooms (plus a small basement guest room). Do the math. We share here. Having 6 years on the next oldest child, Juliana has always managed to have a room all to herself though. And somehow in this house she swung the master bedroom too. Jeff and I opted for the main floor guest room since its on the other end of the house (duh). Which we remodeled last year but have been sharing with Roman until a couple weeks ago. The baby is now, quite literally in the studio, at least his crib is in the studio. So is his sleeping. The 2 little girls share. The 2 older boys share. 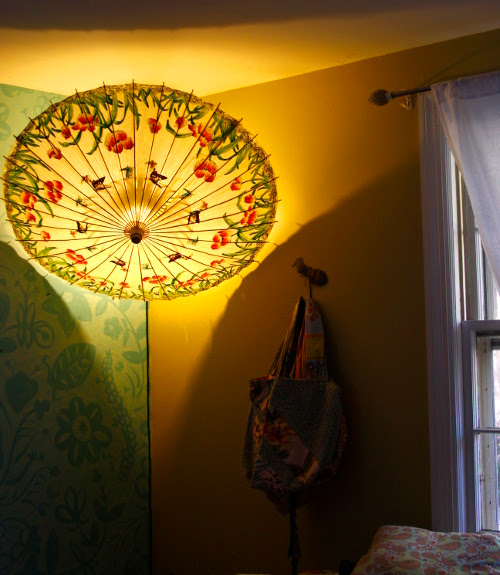 And if you're still reading through what could be the most mundane post ever I'll tell you the rest. Isabela and Eleni are moving out of their smaller room into Juliana's master room with bathroom and Juliana is moving into their (much) smaller room with no bathroom. Nicolas is moving out of his and Joseph's room, opting for the basement guest room to himself. Roman will soon join Joseph for a few months until this fall when he'll move into the new smaller Juliana room once she goes to school. So Juliana is moving into what will become a nursery for Roman this fall. At that point all the boys will have their own room and the girls will share the biggest room. And I guess if the snoring improves, I'll still let Jeff in my room. (It is mine.)

There will be a pop quiz on this tomorrow.

The solemn sweeper wasn't too upset, I guess, but downsizing isn't easy. Especially when you're Juliana. There is stuff. Did I mention she has stuff. And because she has been mostly in charge of her stuff ever since we've lived in this house, the stuff seldom gets sorted through. I had resigned to painting over the hand painted wall for her so that the room would feel like hers and fresh and new. But mid-move she decided to keep it. It didn't take much time for the little room to begin looking like a Juliana room. 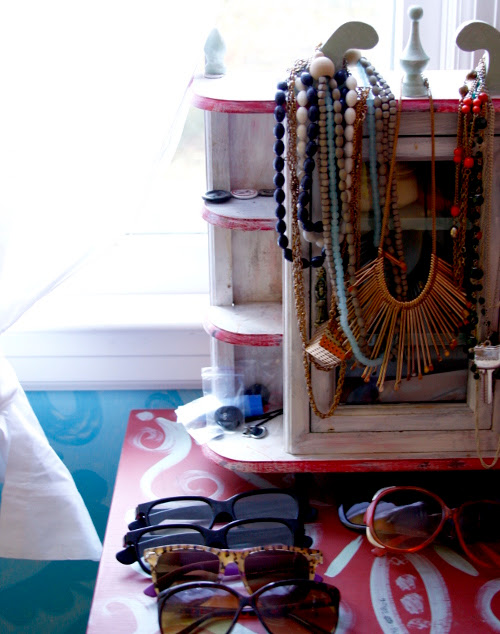 Complete with her stuff. The process has brought some deep inner sighs out of both of us as we anticipate a bigger move this fall for college. After getting the first of four applications off this week, my mom instincts told me we better start doing some clearing and switching now before there is too much emotion attached. She is getting used to living smaller. I am getting text messages from her in the middle of the day saying that she is realizing how much she will miss everyone. (clearing lump in throat now) 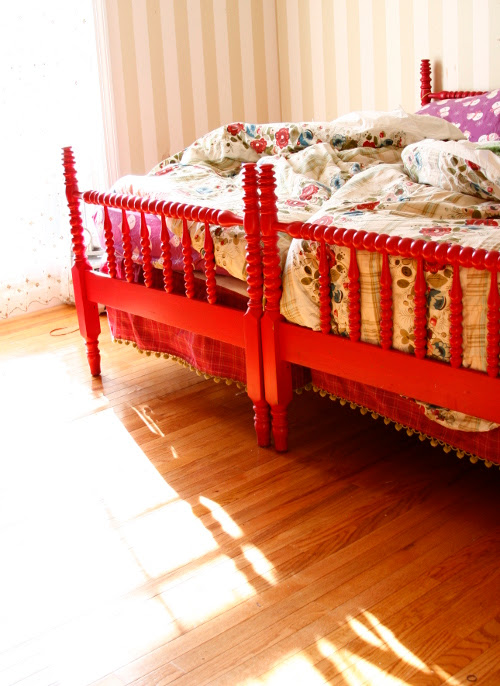 And work on the little girls' big room is just beginning. Last night they wanted their beds right next to each other, feeling a little uneasy in their new big space. And the striped wall paper that we somehow never managed to do anything with in all the years Juliana occupied this room, somehow looks like something we might choose to keep on purpose. Or not. Hmmm.

In Anna Maria's Standard Dictionary, right between the definitions for "optimal" and "optimize" you would find this:

`op-ti-mism n. an inclination towards and the expectation of a favorable outcome due to cleaning out closets, rearranging furniture, throwing away what we all knew was trash to begin with but somehow held off for 2.7 years, giving away that which is not trash, cleaning floors with vigor on your hands and knees not because you have to; sunlight on a freezing day