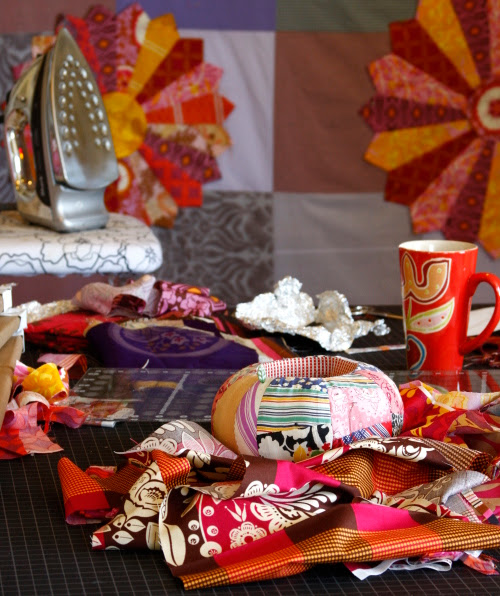 I have been making one mess after another around here and only cleaning enough in between to keep the brain clear. As it turns out my brain operates pretty well in the midst of a physical mess, which you might have guessed by now. 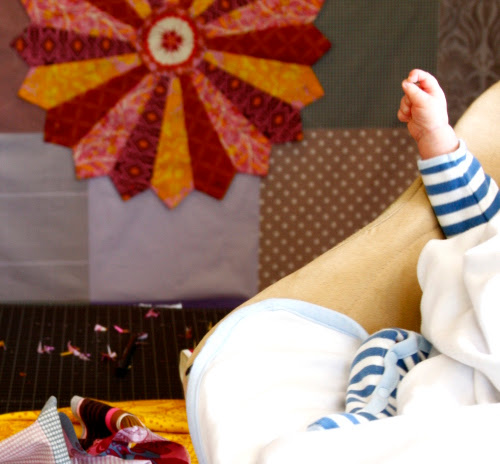 As long as there is one clean pretty space in the process of becoming something, like the quilt on the board in the background. Roman, no surprise, has a front row seat to all the goings on here in the studio. That sounds easier than it is. It doesn't always please him to sit and watch. It doesn't always please me to do instead of cuddle. But we both give in a little and mostly I am just happy that our days are becoming more routine with each passing one. Small rituals arise out of no where.... like making sure to fold large pieces of fabric in front of him, because he really likes following all the motion and color flipping through the air above him. 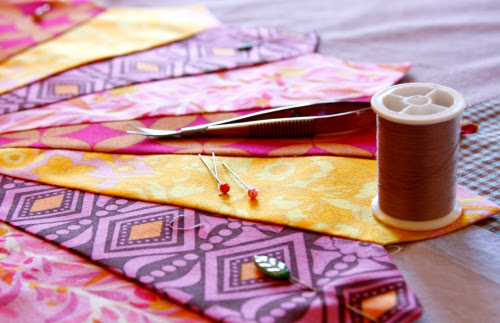 I felt myself almost striking that balance today that I haven't known in a few years...nurse, cut, rock & pat, sew, cuddle, sew, diaper change, email, swing, sew, nurse.....and so on. Both of us getting in all our varieties of daily duties alongside each other. 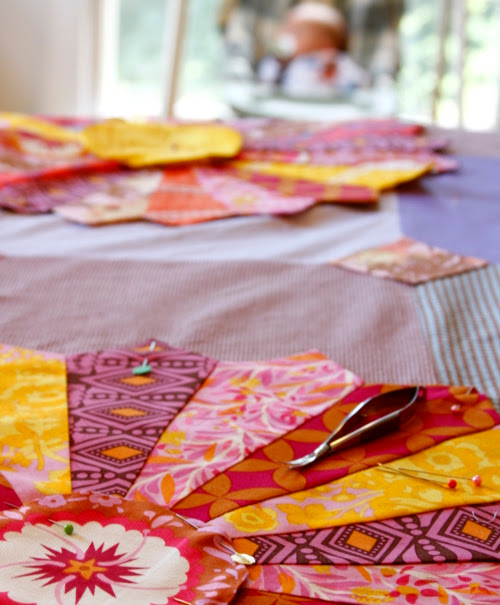 And this would be the binky/swing soothing his afternoon sleepies in the background while the needle/thread soothes my long day in the studio in the foreground.

No day would be complete without laughing a little, and here's what did it for me today:

Listening to our Patsy Cline Radio on Pandora has of course given us some Johnny Cash as well (gladly). Eleni was balancing and walking along one particular plank in the hardwood floor today and when I asked her what she was doing she replied "Ohhhh... just walkin' the line."

hope you balanced along a nice line today xoxox Anna
Posted by Unknown at 5:44 PM