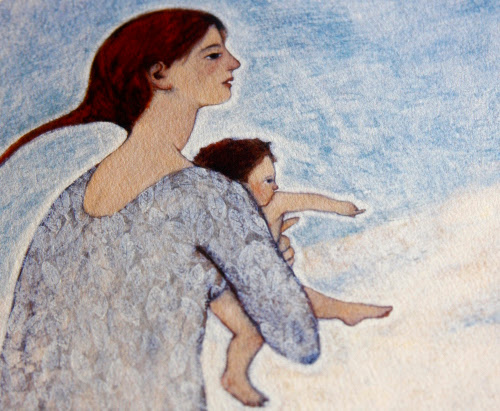 Okay, despite my blog-begging which would leave no shadow of doubt as to what I might like for Mother's Day, I still can't fake how it actually went down. Real story:

Anna posts obnoxious blog. 10 minutes later, Jeff calls.
Anna: (answers with no assumption in her voice, even though she sees his number on the caller ID): "hullo"
Jeff: "Just get it"
Anna: "Hmm? What?"
Jeff: "the art, buy it, I like it"
Anna: "No, you buy it, that's your job"
Jeff: Pause. Pause. "Anna. Just buy it."
Anna: (defeated) "Okaaahhhyyy."

Which I promptly did. And I was glad about the prompt part, 'cause it was sold out a day or two later. Exactly what I wanted. Maybe not exactly how I wanted it, but I'll take what I can get. I did wait to open it. And my favorite up close detail? That precious little babe's finger (and toe) pointing the way. Love. 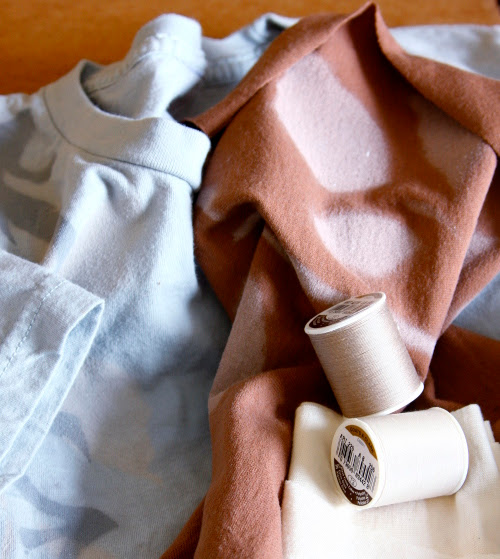 Though some contraction action warranted an early check at the OB on Thursday, Friday I was where I said I would be. So glad to have had the chance to see Natalie and have some lovely conversation, book-trading, and sharing. I also left with this too cool stitch-t-shirt-kit which I will be transforming into a layette (the potato sac sort) for the little bub. Anything blue currently is doing the trick. 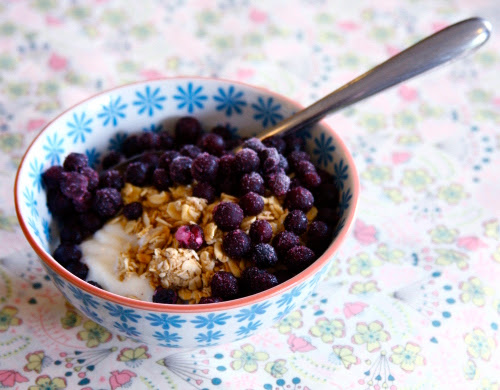 And I took a picture of my blue breakfast too. These are the kind of antics I get myself into while I twiddle my thumbs. Soon enough though. Having had several babies early makes those who might come on time seem late somehow. My fortune cookie last night said something about patience is joy blah blah blah. Okay.

Hope everyone had a happy Mother's Day!
(I need to make a pedicure appointment to get my toes painted blue now.)

xoxo,Anna
Posted by Unknown at 1:21 PM