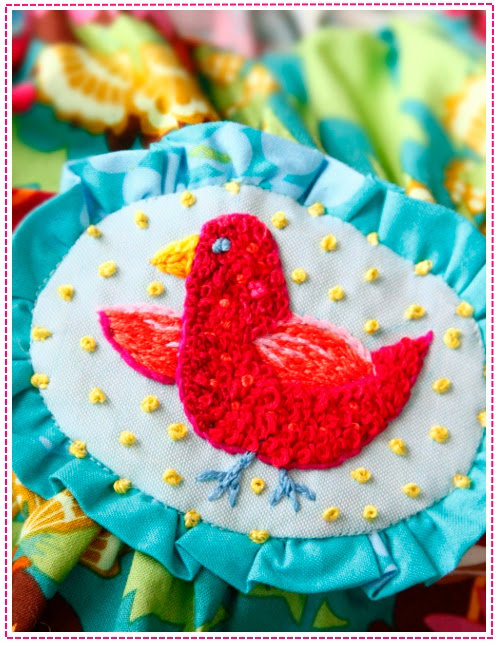 So I should set something straight. While the recently shared bunny rescue may convey a sort of gentle nobility where all things small, helpless and creature-like are concerned, I am personally subject to being easily grossed out by anything in nature. You name it. No, I'll name it. We once again have a family of wrens in one of the flower baskets on the patio. My parents were visiting over the weekend (house-hunting even!) and we'd regularly bring up how darling it was that we could hear the exchange of twitters and cheeps between mama wren and her babes as she tirelessly delivered fresh worms around the clock. Well, the first day of flight finally arrived today announced by the more than usual chirps in the patio. Just like last year I made sure Jaws was outside, and went to get my camera. I opened one of the kitchen-to-patio windows and was greeted by two little sweetie-tweeties sitting in my potted peace lily. I zoomed in on the little one who was looking right at me. As I turned the camera's lens from blurry to focused, I just as slowly noticed what at first looked like a little worm sticking out the side of baby bird's mouth (how sweet, I thought). Yet as soon as I used my special live view zoom so that the bird's entire little face filled my LCD I immediately realized that little thing going directly sideways was it's beak! I almost dropped the camera at the sight of the mutant baby bird, and had to cover mouth to keep from tossing a toffee Cliff bar. Oh, and then the flood of guilt! The poor bird, I wondered if perhaps it already had its first big flight right into a window! Oh poor thing! But still, eeuuwwwuhh. I couldn't handle it. Closed the window. Went back to the studio. And have resorted to sharing the above bird. Eleni ordered this little birdie to adorn a new dress. Specifically that it be red and fuzzy and walking. That I can do. I have no doubt that if the kids were here they would have already performed plastic surgery on the baby bird and all would be well. Alas, the nature gene, I do not possess.

Anna, who is still feeling guilty
Posted by Unknown at 11:43 AM