Winter Woods (or Talking to Trees) 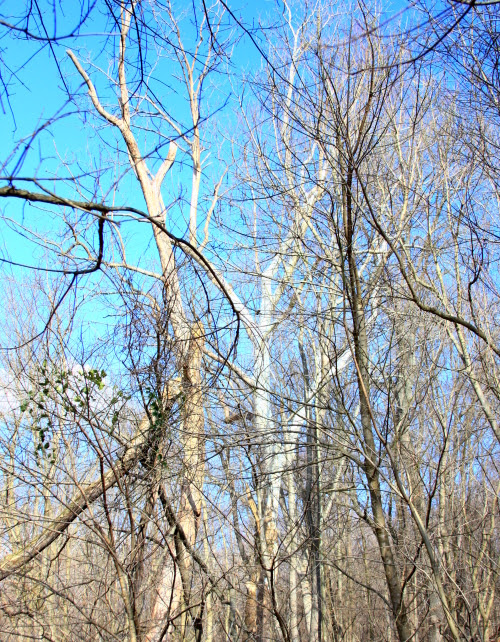 So we went to the woods. All seven of us left the house with various degrees of excitement. Yet upon entering this forest everyone of us leveled out to the same fullness of joy. No one said so. I just knew it. I felt it. Eleni's steps were quick. Juliana chatted more than normal and not about shopping. Nicolas, Joseph and Isabela just took off. Jeff didn't stop me from hovering behind the pack to take some pictures here and there. He just let me be knowing how happy it made me. We were all incredibly content to be. Even if this particular togetherness was stretched across several yards of leafy forest ground only connected sometimes by a family "caw-caw" location sound. That was fun. And it worked. 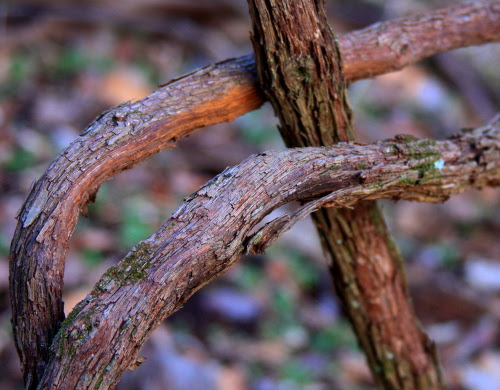 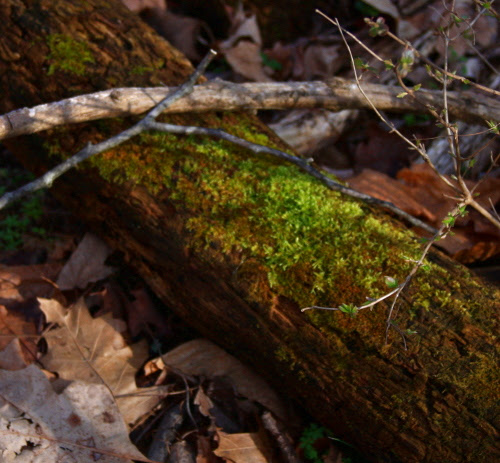 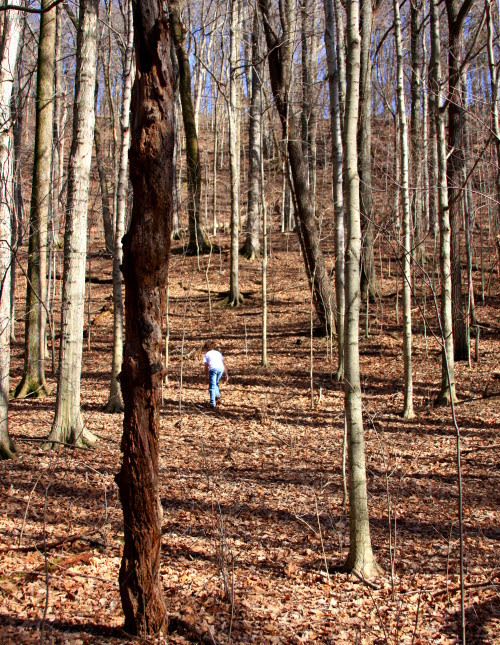 As we neared a bend in the trail that jutted out into the lake the sunlight raced across these taller than tall trees sending all the vertical lines into horizontal shadows across the cinnamon ground. I was smitten, I tell you. How playful the light makes all that stillness. Nicolas could not resist the temptation to run as far up the hill as he could. (Name translation: Nicolas = conquerer.) There he went, blue and white, rustling through those sticks of light and sticks of dark. 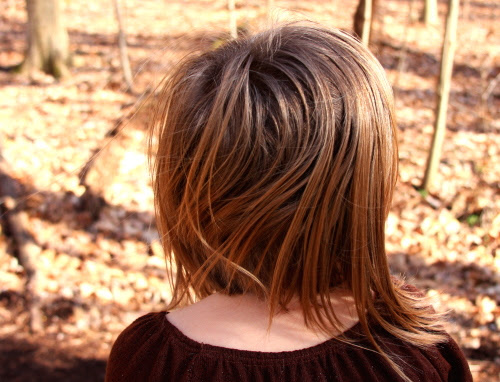 The sticks reminded me of Isabela's straw-like strands. 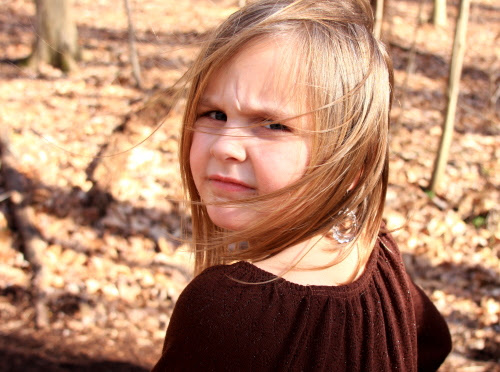 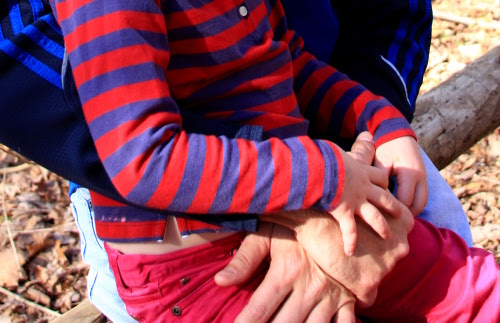 This one was more than happy to sit on a split rail with her daddy. So was I. We noticed a ranger-y looking fellow eyeing the kids as they reached the summit. I knew what was coming next so I sent Jeff up the hill to collect them. Ooops. Oh well. Nicolas came down panting and telling me over and over and over again how fun it was to go all the way up there. He asked why it was against the rules and I told him its because its way too fun, and no one is allowed to have that much fun. Its quite amusing to answer questions that they already know the answer to, you can be more creative. So we continued, all together then. One after the other. Some chatting. Some just looking. A few of us with locked hands. 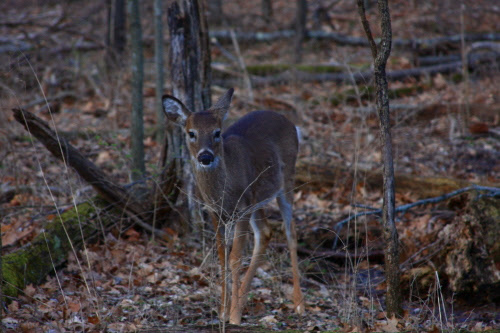 Well, who do we have here? She was soooo close to us I think we were more startled. She seemed to be expecting us, but we were quite surprised to see her. 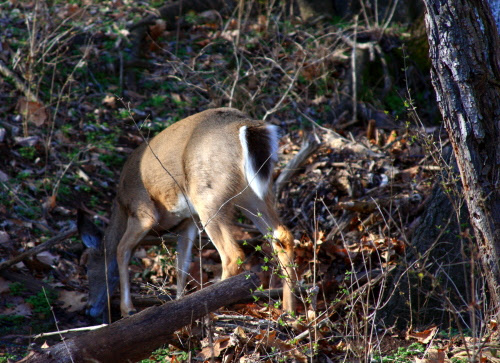 So she felt safe enough to turn her back on us, invited some friends and kept eating the fresh bright green clover that was creeping up from under fallen logs. 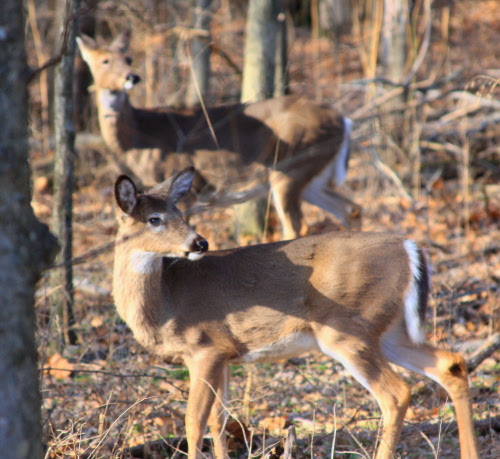 As other hikers rounded the corner, these two they froze and made like lawn ornaments. Very good, girls! We crossed this little stream on the way back and that was our day. Together, apart, hunting, calling, collecting, walking, watching, learning. Just perfect family time. Just what we all needed.