Creeping (not creepy, though) 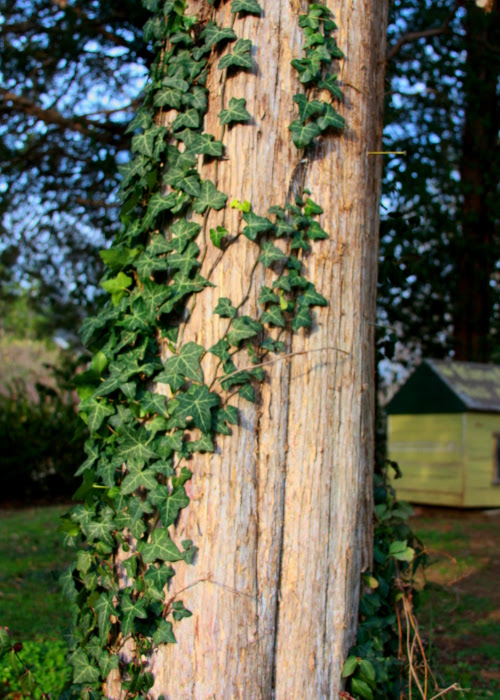 This is not a stage setting for Hansel and Gretel. This my favorite spot on our property. There's a curved crab orchard stone wall topped with a low hedge that encircles a large raised area of the yard containing a group of about 4 or 5 trees. The trees are close enough together to create a huge canopy for the mossy, clover filled ground below. It's where we have the little playhouse situated, and also Leo's puppy-house behind, which is the green one in the photo up there. Why do we get such a green photo in the middle of winter? Good question! But it's been in the 6o's here for a few days which is surreal, and make-believe-like all in itself. Almost theatrical. It's also insane windy out there. Quite literally, it is howling. 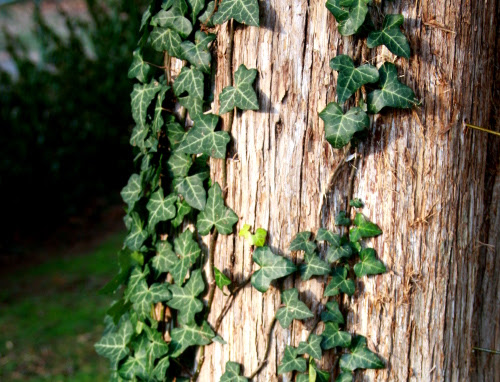 I've swarmed the warmth for days now with a flurry of outdoor book photography that I did not think would be possible during the winter. I'm happy to report one success after another, and I'm remembering again why I decided to do this in the first place. My manuscript deadline is creeping up on me, and then the photography deadline soon after. So it will likely be a little quiet here the next week or two. Its hard to concentrate on the final details of the writing when I have all these fun completed book projects waiting for their close-ups. Harder still is not sharing them with you! Agonizing! Oh the pain of it. 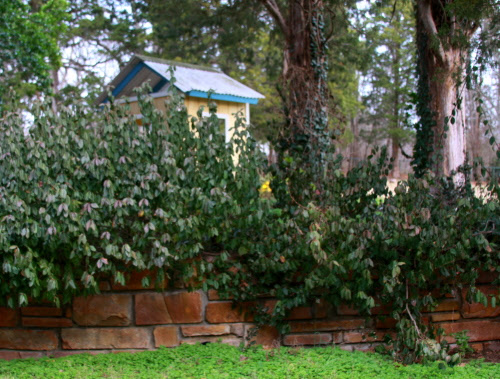 Jeff has been telling me about this major starling problem that the Vanderbilt campus is having. They apparently have reeked havoc on several trees and people to the point where they are sending around trucks in the afternoons to scare them off. The trucks have big megaphones on them that blow out scary-to-a-bird noises like the sound of a giant screeching eagle. The latest noise of choice, apparently, is some bottle-rocket kinda noise. Imagine walking down the street and hearing that not knowing of the great bird send-off plan! I was pondering what noise a truck could blow-out as it drove by my house that could scare me into finishing this book. I said pondering. Haven't actually thought what the noise would be. Okay we've gone from Hansel and Gretel to Hitchcock-like. I told ya the air out there was weird. Oh! Leo just growled really loud in his sleep at my feet. I believe he just scared me into writing. Good boy!
xo,AM
Posted by Unknown at 8:43 AM