Hanging on to summer by a thread 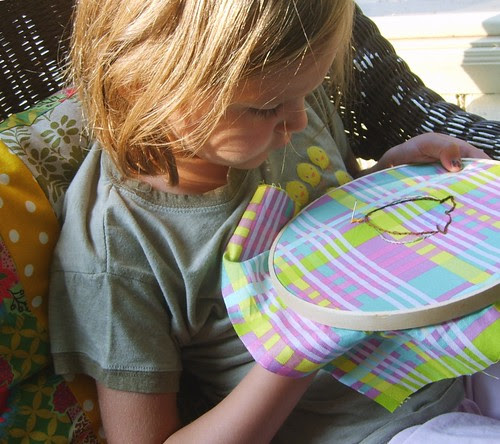 That was quick. I showed Isabela how to do a simple split stitch and she instantly sunk into a new favorite time eater. Then she chose her own fabric, requested an owl drawing and got to it. Only stopping for me to change her thread colors and an occasional 16 thread pile-up underneath. 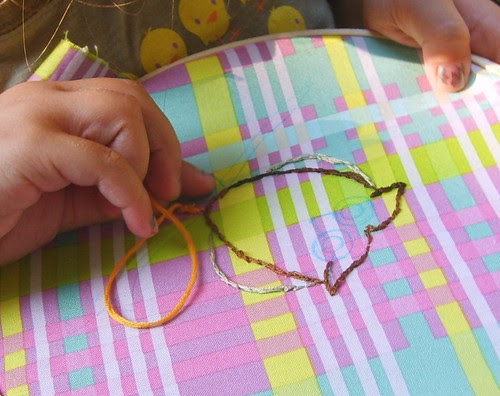 Isn't she doing great? I think about what she'd be missing out on if she never saw me working on my own little weekend stitch-away. Reminds me of learning to use the sewing machine at about the same age. I could not wait to figure that thing out after watching dress after dress rattle through it by my mom. I also remember learning to embroider and choosing a kit at the store that was of a little girl bending over to pick some flowers. I chose it because her little bloomers were showing and the instructional photo showed them rendered in white french knots to look like lace. I was dying to learn french knots. 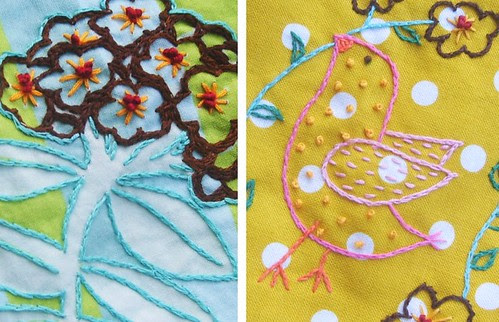 These are some of the little goodies I was playing with to keep myself out of the studio over the weekend. 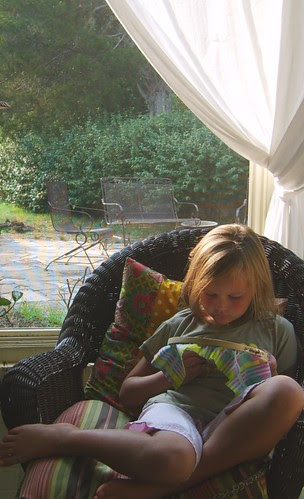 It was with me on the patio, in the living room during the kids' Looney Tunes marathon, by the pool, at dance practice, at the dining room table, on Juliana's bed til 1am and likely more places I can't remember. Happy, happy occupation. I didn't know until about half way through that chickee what they would end up to be, but now I do. More on that later.

I told Jeff that Isabela will never see the world the same now that she knows how to do this. I think he believed me. I certainly believe me. I will draw anything for her to stitch, anything at all. Even Daffy Duck. I'd like to encourage her to stitch her own drawings too. I really had no idea what nimble little fingers she had. But how would I? We both learned something new.