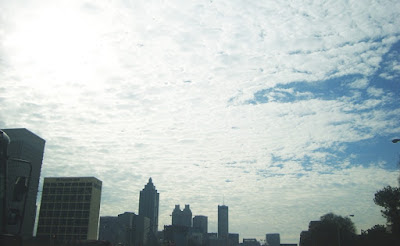 When that morning sun was cracking through the clouds over Atlanta I had already been driving for 4 hours. Leaving behind the happy chaos of a weekend at my house only sent me to another kind of chaos known as the Atlanta gift and accessoires market. For those of you who don't know, this is one of the biggest sources in the country for retailers to gather their product lines for their stores. This is where the shops shop. It's also where the manufacturers I work with have showrooms and sell. So during high market weeks, I meet with them to have a look at our new stuff and make plans for future lines. 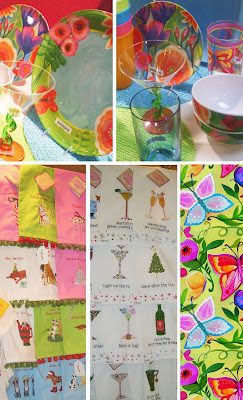 I was able to snap a few quick pics of my new melamine dishware line, holiday embroidered linens, and butterfly giftwrap. There were several things that I didn't get to snap because either the showrooms were so packed or because I forgot (duh) to when I was busy sharing new project concepts. I had fun walking around looking at all that will be hitting stores in the next few months, but man that place is huge! I have been going there for years, ever since I had my clothing line and store. We used to buy accessories and other lines through the Atlanta and New York showrooms. It hasn't gotten any smaller, thats for sure. Imagine an 18 story mall, and then imagine three of those buildings connected together and then you can imagine the amount of space this place covers. Unbelieveable! 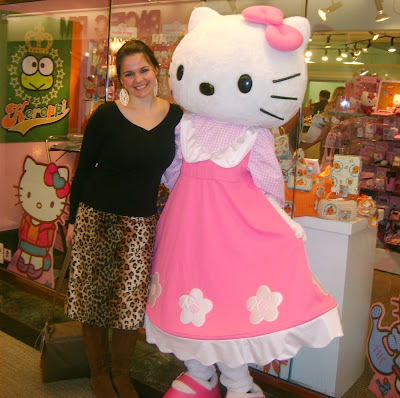 Speaking of circus, there is no shortage of enticing showroom antics to attract buyers inside to place huge orders. I love Hello Kitty. Not nearly as much as my girls though...well actually perhaps as much. That showroom is soooo fun, and I had to prove to little Isabela and Eleni that I met Kitty herself. Kitty was looking adorable in a gingham blouse and applique jumper, she is so on top of fashion! My girls' just squealed. It was better than the coloring books from the airport giftshop which I usually resort to at the last pre-flight minute. 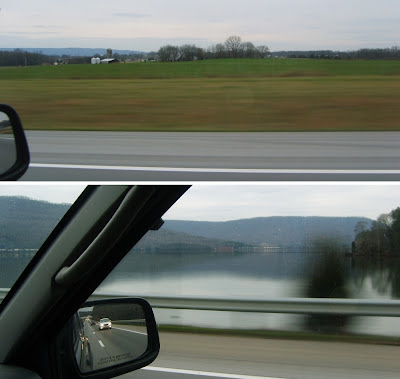 Sunday morning after my last meetings and a grande Starbucks, I packed up my exhausted self and headed home. My wheels were spinning as fast as my car tires were taking me home, thinking about all the well-received idea sharing sessions, and how fun it was going to be to play it all out. I need a voice recorder to talk my thoughts into notes as I drive. I just about wrecked reaching over to jot things down as forms, colors and products danced around inside my head. There's a circus up there too. Mostly jugglers. And as far away as 2008 seems to see today's ideas turn into tangible things, like the rearview says, 'objects in mirror are closer than they appear'. 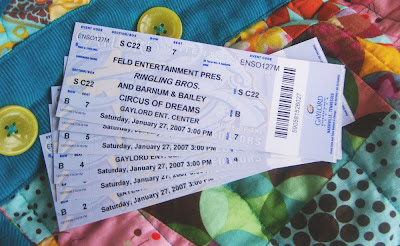 This morning, we took Isabela to get her cast off-yay! That was fun too see here cute skinny scaley arm. I don't think I've mentioned that she is just one of 3 of our kids who have broken her arm in 2006-can you imagine?! Three kids, 3 arms, all broken in just about the same spot. Both forearm bones. The ER has to ask you all those child and family services questions, and they always apologize for having to. Today the child-life specialist who is on hand in the casting room to comfort the kids or distract with toys asked me to step outside for a minute. I thought I was going to get an extra round of investigative questions because we've been there so much. I was right. But the question was, "how would you like some box seat tickets to the circus for your family?"......(huh?) She had recognized us as being there alot over the past several months and thought we deserved a fun night out donated by the Ringling Brothers. Wasn't that sweet? Then I started thinking, oh gosh certainly there are more deserving families with more serious child-bone issues than ours that may really need it more. I asked, but she insisted.